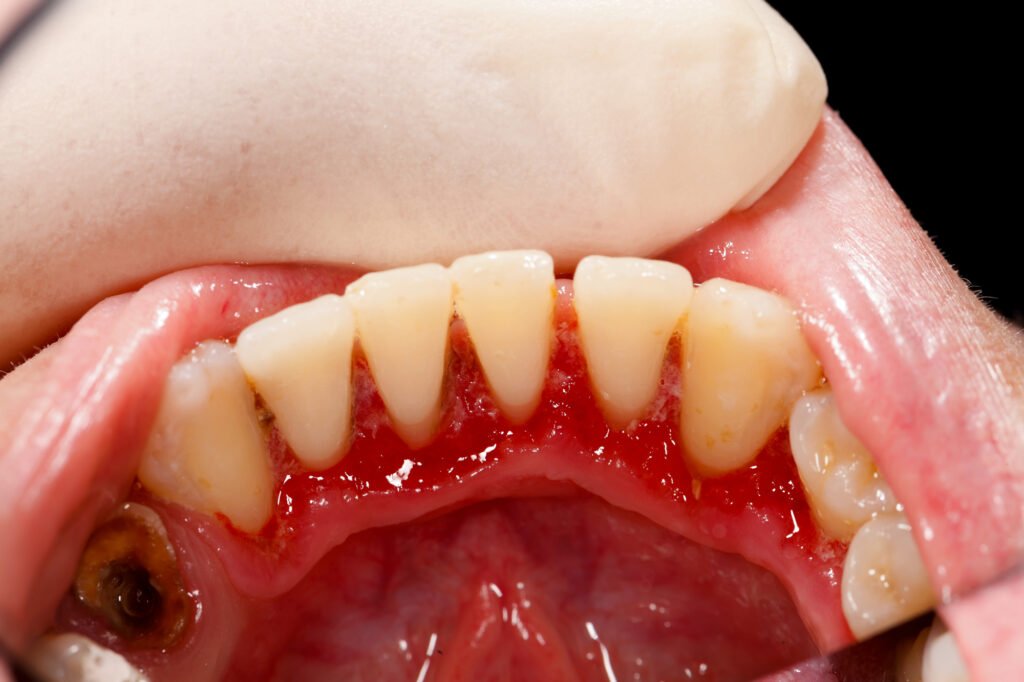 Have you ever noticed blood around your teeth after brushing or flossing? It can cause patients some alarm, but there’s no need to panic. There are several reasons why your gums may bleed. Your gums play a crucial role in keeping your teeth and mouth healthy. Healthy gums should be pink in color and not red or bleeding. The occasional small bleed after flossing is usually okay, but if your gums are constantly bleeding after you brush your teeth, this might be a sign of a more serious health issue at play. There are many potential causes of a gum bleed. Some of these problems are more serious than others. If you are experiencing bleeding gums, it’s important to visit your Los Angeles dentist as soon as possible.

Some of the most common reasons for bleeding gums include:

Gingivitis is the earliest stage of gum disease, and the first sign is usually bleeding gums. If plaque is not properly brushed and flossed off of the teeth and gums, the plaque breeds bacteria that will infect your gums and produce decay. This decay causes your gums to become swollen and tender. Sometimes, your gums will bleed during brushing or flossing as a result of decay in the mouth. To prevent gingivitis and gum disease, practice good oral hygiene habits by brushing and flossing daily and be sure to schedule routine dental check-ups with your dentist.

Certain types of medication can increase your risk of bleeding gums. Some forms of aspirin, blood thinners, and birth control can cause bleeding around your gums. Be sure to speak with your dentist and primary care physician if you experience negative side effects, i.e., bleeding gums, from certain medications.

Pregnancy can cause bleeding gums as hormones can affect the entire body and make the gums sensitive and more prone to bleeding. If you are pregnant and notice any changes in your dental health such as bleeding gums, you should schedule a dental appointment as soon as possible.

Changes to Your Daily Dental Routine

A change in your flossing or brushing routine can lead to bleeding gums. If you take a couple of days off from flossing, or you increase the rate per week at which you floss, then you could experience some bleeding. If bleeding persists after a week, visit your dentist in Los Angeles as soon as possible.

If you are experiencing excessive bleeding or inflammation in your gums, contact the team at Crystal Dental Centers immediately at 213.748.8448 to schedule an appointment or visit www.CrystalDentalCenters.com to learn more.

I love this place. The staff is very friendly and the dentist was great. I went in for a cleaning but then scheduled for a teeth whitening. My teeth look great! I highly recommend this place.. - Lynda